Steeling itself for expansion 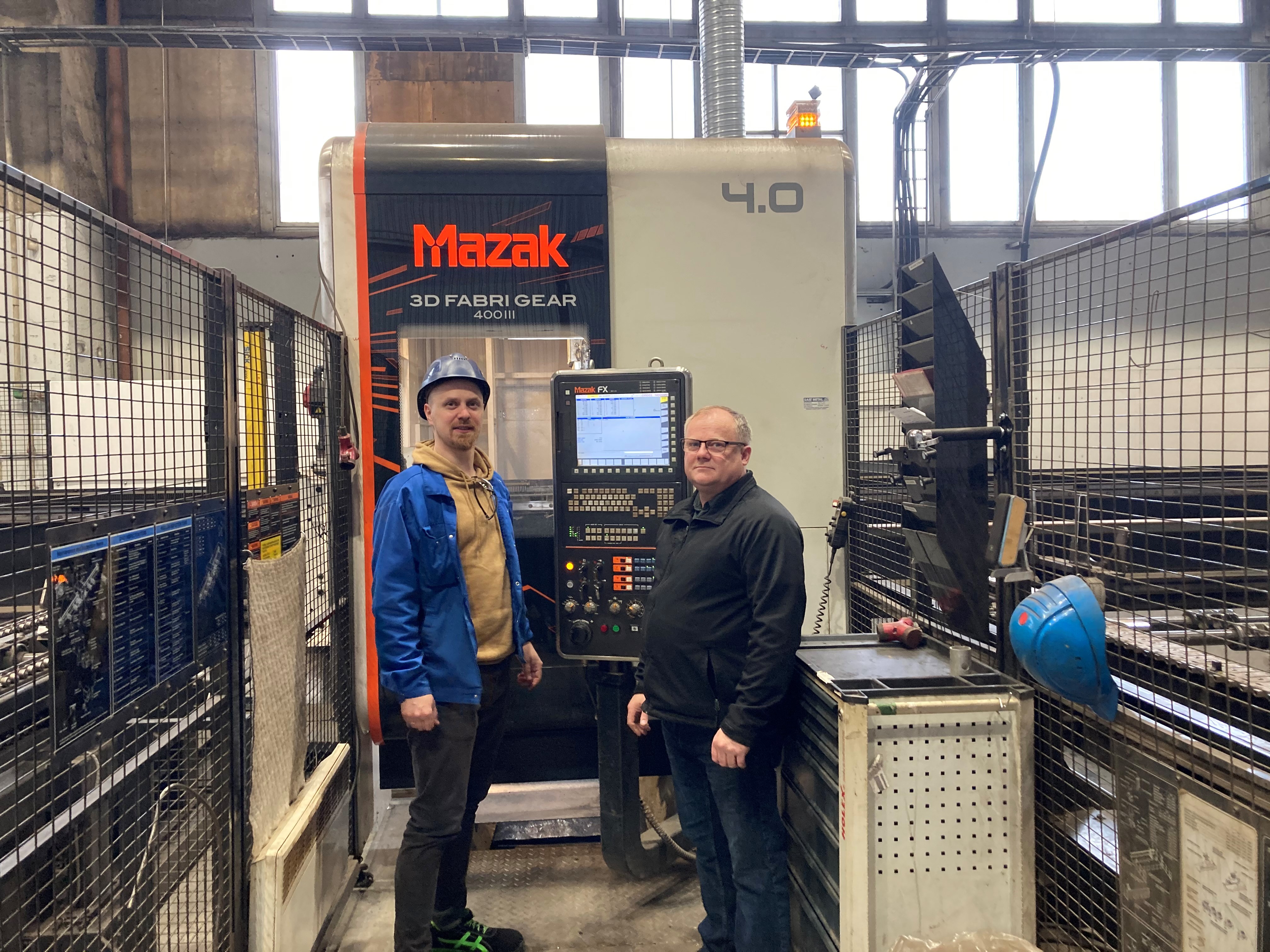 A prominent steel parts manufacturer has significantly increased its cutting capabilities with a new laser machine from Yamazaki Mazak.

“We have provided a wide variety of steel parts to multiple industries since the company started, including wind turbine and lifting equipment components, and different parts for the transport industry,” says Flemming Rasmussen, CEO at East Metal. “Yet regardless of what we are supplying, one thing must remain constant – the quality and accuracy of the parts we cut.”

Founded in Latvia in 1997, East Metal began as a subcontractor specialising in wood and steel components for different industries. The consistent growth of its steel cutting division meant the company over time began to solely focus on this single material, and specialise in the manufacture of large, complex products. East Metal has since expanded into four separate facilities across Latvia and Denmark, supplying steel components to a number of sectors with strict cutting requirements. Of these markets, the wind energy industry has established itself as a prominent part of the company’s overall business.

Indeed, East Metal’s work producing large parts for wind turbines, including nacelles and blades, helped establish it as a provider of quality components. Yet with rising demand based on a burgeoning reputation, the need for the company to expand its cutting capacity soon became apparent. In order to do so, East Metal had to source a laser machine manufacturer that could help grow the company while maintaining its extremely high standards. This, in turn, led the organisation to Yamazaki Mazak.

“A lot of the industries we supply to have very strict specifications around product lifetimes,” says Mr Rasmussen. “For example, in the wind energy industry, the components we provide are expected to last at least 20 years in a very stressful environment. As such, quality is essential, and this was foremost in our minds when we were looking to expand our laser machine portfolio. 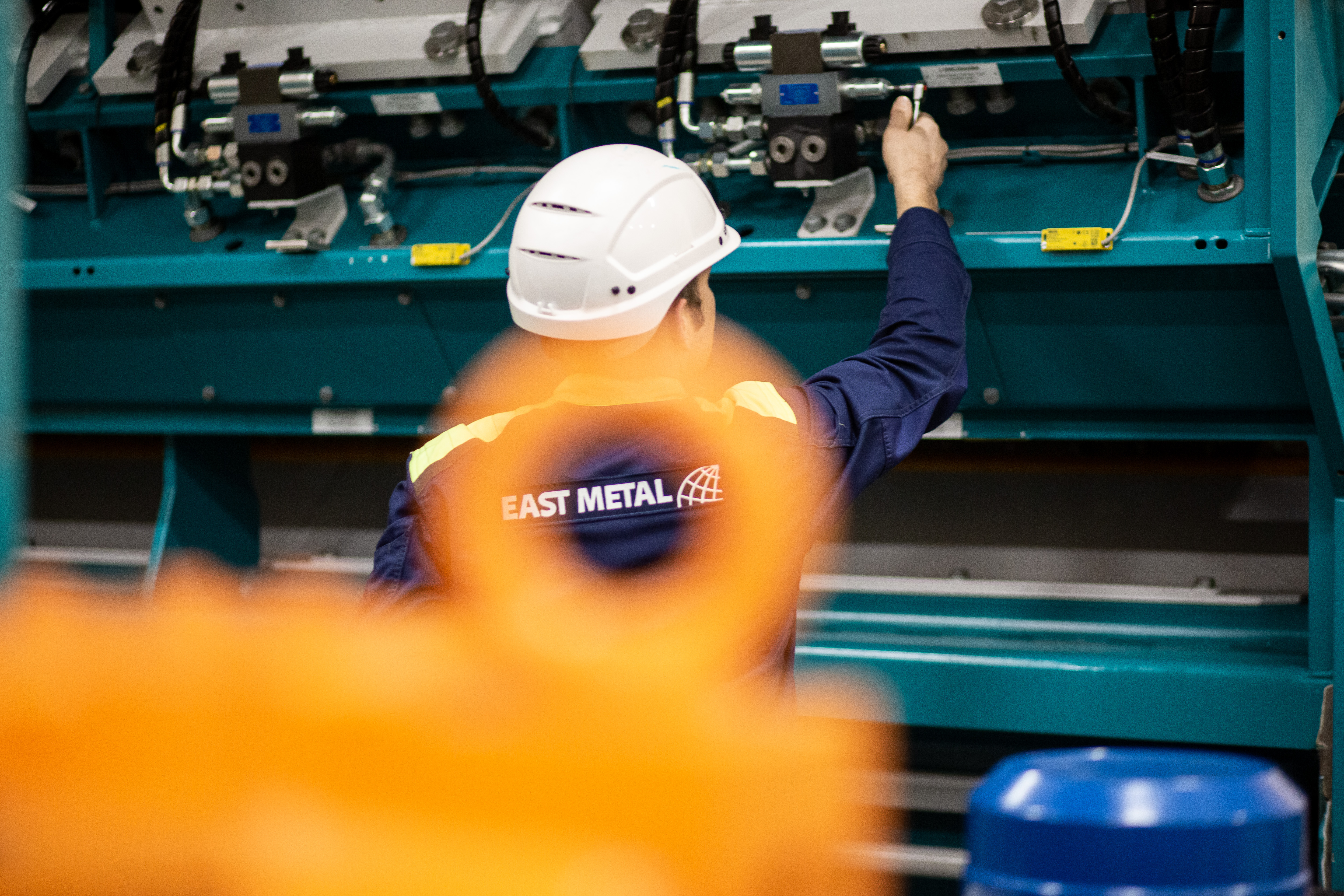 Founded in Latvia in 1997, East Metal’s work producing large parts for wind turbines, including nacelles and blades, helped establish it as a provider of quality components.

“We were originally looking at other brands, but when we encountered Mazak, it quickly became clear they could supply reliable and strong machines that would produce parts to the exacting standards we require. We have previously subcontracted some of our laser cutting work out, so any machines we purchased needed to provide extended capacity and flexibility, so we could bring this business back in-house. Mazak helped us achieve this aim.”

With these expansion-oriented objectives in mind, East Metal chose to invest in two Mazak machines to improve its cutting capacity: an OPTIPLEX 4020 FIBER 6.0 kW with automated load and unload functions and a 20 shelf set-up; and a 3D FABRI GEAR 400 III.

Specifically designed for long, heavy tube and profile work, the FABRI GEAR is ideally suited to East Metal’s applications. Equipped with a powerful 4.0kW resonator, it is able to cut materials into round, square and triangular shapes, and can also process I beams, H beams and additional user-defined shapes from stainless steel.

The OPTIPLEX 4020 FIBER is similarly well-suited to East Metal’s order book, allowing for high-speed processing of medium thickness material, alongside being able to cut the finest widths on steel. It has been designed with high productivity in mind, with a rapid traverse rate 120m/min on the f X- and Y-axes, combined with Multi-Control Torch and Intelligent Functions to provide optimum machine efficiency. Additionally, its new cutting-edge Mazatrol Preview III offers a state-of-the-art CPU for unsurpassed operating speed, high-response and high-speed machine motion.

“Both investments have allowed us to markedly improve our output volumes, allowing us to keep pace with rapidly increasing demand,” concludes Mr Rasmussen. “Of course, this means nothing if we cannot meet the strict requirements of the industries to which we supply, but the adaptability and precision of both the OPTIPLEX 4020 FIBER and 3D FABRI GEAR 400 III means this has not been a concern at all.

“Indeed, these machines have supplemented our cutting capabilities, allowing us to produce new products and further grow our customer base. We pride ourselves on being a growth-oriented company, and both lasers’ effect on our cutting capacity and capabilities will play a key role in expanding East Metal’s operations.”

Gaetano Lo Guzzo, Director Laser Business Europe at Yamazaki Mazak, adds: “We developed laser machines such as the OPTIPLEX 4020 FIBER 6kw and 3D FABRI GEAR 400 III with companies like East Metal in mind. As such, we are delighted to see the key role both machines are playing in helping it branch out to new markets and further consolidate existing business.

“Being able to produce large steel parts with unerring precision can be extremely challenging. However, with these machines now fully operational and cutting steel on large and complex parts, we have the utmost confidence East Metal can continue to establish and build on its reputation for high-quality components.”